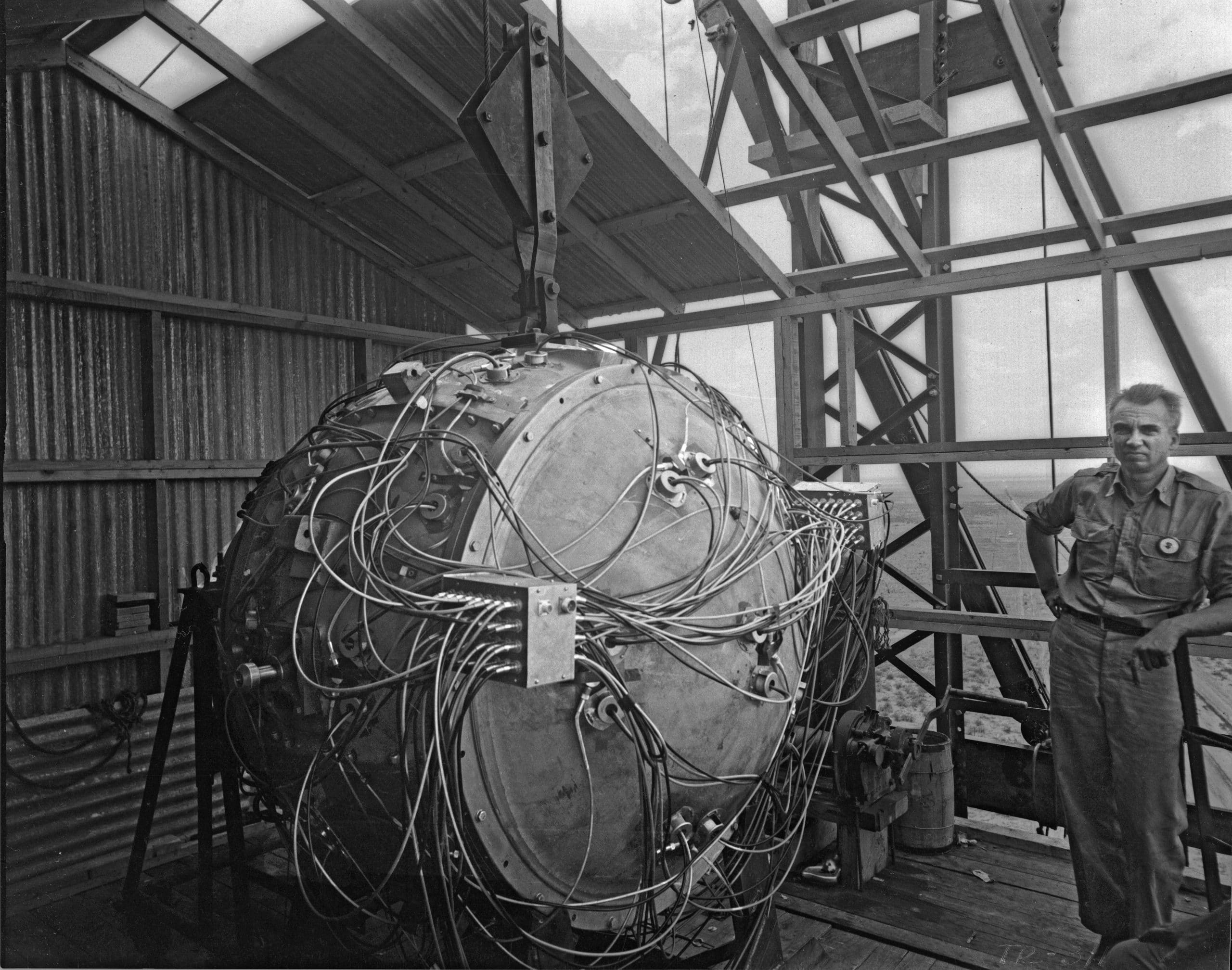 We Knew the World Would Not be the Same

On July 16, 1945, the United States tested the world’s first nuclear device in the desert of Alamogordo, New Mexico, ushering in the Atomic Age.

Development and production of the atomic bomb began during World War II because of fears that Nazi Germany would develop one. For nearly three years U.S. scientists, scattered at various top secret sites across the country, worked feverishly to develop this weapon. And, though the war in Europe ended before the bomb was finished, development of the weapon continued.

To the scientists working on this bomb, it was known as the Gadget.

The Gadget’s core was made from plutonium. Perfectly synchronized conventional explosives surrounding the plutonium sphere rapidly crushed it increasing its density and starting a self-sustaining nuclear chain reaction.

The explosion was equivalent to detonating 21,000 tons of TNT and released enough energy to power a modern American home for over 2000 years.

It obliterated the steel tower, and turned the sand to green glass.

We knew the world would not be the same. A few people laughed. A few people cried. Most people were silent. I remembered the line from the Hindu scripture, the Bhagavad Gita… “Now I am become death, the destroyer of worlds.” I suppose we all felt that, one way or another.
— J. Robert Oppenheimer

Eyewitness to the event, Brigadier General Thomas F. Farrell, wrote, “The whole country was lighted by a searing light with the intensity many times that of the midday sun. It was golden, purple, violet, gray, and blue. It lighted every peak, crevasse and ridge of the nearby mountain range with a clarity and beauty that cannot be described but must be seen to be imagined.”

The day after the test, seventy scientists working on the project petitioned the President not to use the bomb on Japan unless Japan was informed of the terms that would be imposed on it after the war and yet still refused to surrender.

Hauntingly, these scientists also warned of a future in which “…the cities of the United States as well as the cities of other nations will be in continuous danger of sudden annihilation.”

Three weeks later, the United States went on to bomb the cities of Hiroshima and Nagasaki, the first and hopefully last time nuclear weapons will be used in war.